Despite the waterfall of change the Lightning in a Bottle (LiB) crew has had to endure over the last several months, the payoff has tasted sweet. Change, as DoLaB so firmly believes, is necessary for growth. After disclosing a luscious new venue home this week, DoLaB organizers have now released a musical roster that is both well-rounded and superb. This year’s sparkling lineup beams rays of intrigue and inclusivity with a distinct variety of artists the festival has become notorious for.

Disclosure, Gramatik, Big Gigantic will rise on the Lightning Stage where ZHU, Griz, and The Glitch Mob wooed the massive crowds in 2018. The Woogie Stage, often showcasing the deeper melodic side of house music, is being taken over by Lane 8, Shiba San, Damian Lazarus, and more. The grooving bass enthusiasts will find themselves right at home at the Thunder Stage where G Jones, Opiuo, CloZee, CharlestheFirst, Desert Dwellers, and Dorfex Bos will reign.

The interactive music lineup feature on the festival’s official website offers a unique way for curious attendees to learn more about unfamiliar artists and listen to their music before adding them to a personalized festival schedule.

The DoLaB strives to make Lightning in a Bottle an all-encompassing experience founded on unity, gratitude, love, and acceptance. The musical talent being showcased this year is simply a piece of the enormous puzzle of creative expression. The gurus heading up the live painting, meditation workshops, sound healing, yoga classes, art interactions, and sustainability and wellness education all bring life to the positive intentions this festival is deeply rooted in.

Tickets go on sale Saturday, February 16 at 10am PST on the festival’s official website. 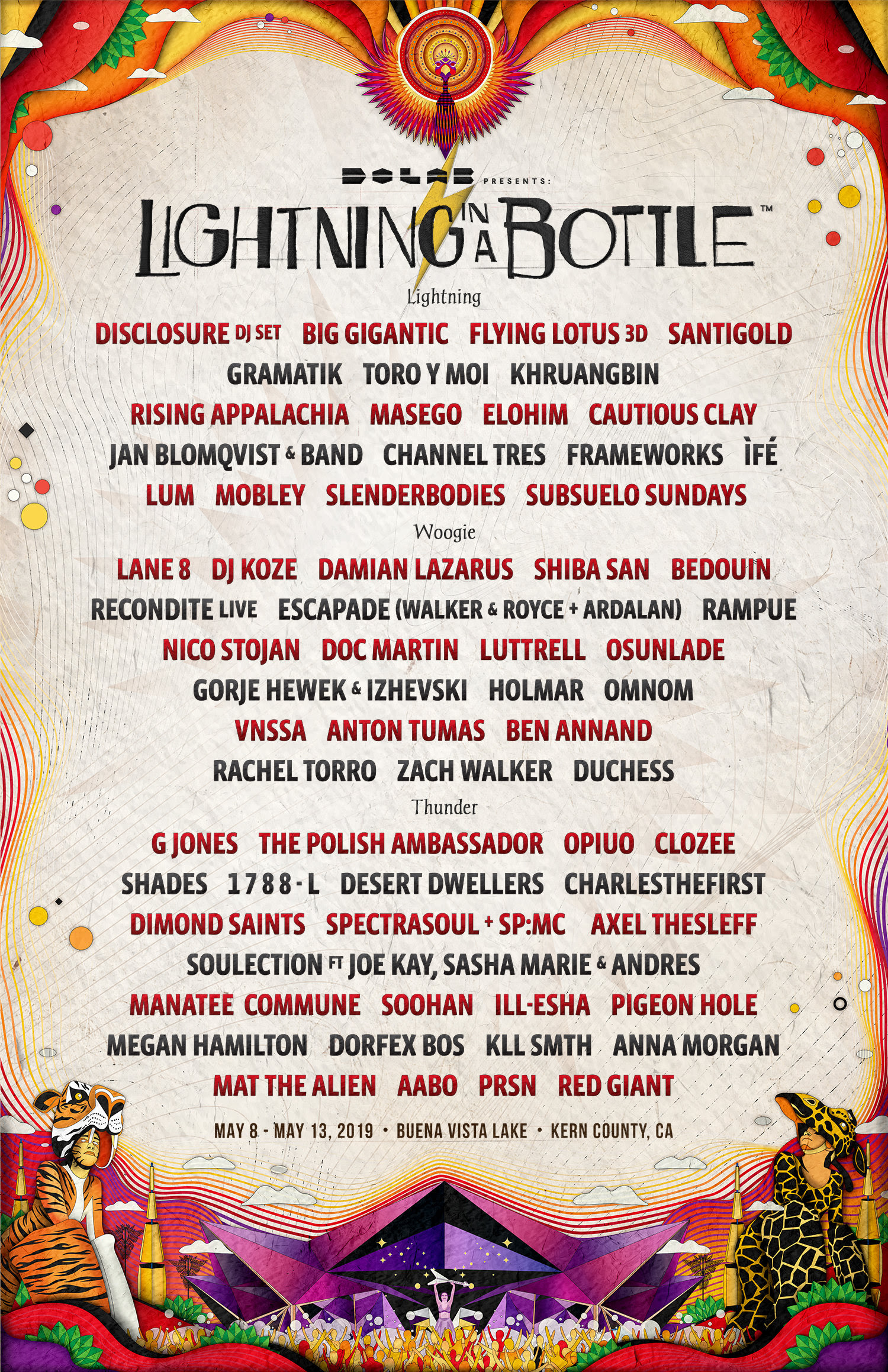 Striving to inspire others to live consciously and think abundantly.