Disclosure are embarking on a North American tour this May

It’s been a solid three years since Disclosure has toured the colonies. Now the Grammy-nominated brothers, composed of Guy and Howard Lawrence, are returning to the United States!

Along with them on the road are a diverse group of house acts hand picked by the UK duo. Hailing from England is Four Tet and Leon Vynehall; from Sweden, DJ Seinfeld and Axel Boman perform; and from Detroit are Carl Craig and Jay Daniel; all to perform prior to Disclosure’s DJ set. Supporting artists will vary as the tour moves across the country.

Disclosure has curated special line-ups for two outdoor shows, one in New York City (Brooklyn Mirage) and the other at Colorado’s iconic Red Rocks Amphitheatre. Disclosure will also circulate the festival while in the country, making stops at Lightning in a Bottle, Movement Detroit, and Bang On! Elements Campout.

The news comes with much anticipation, especially given how the last fans have heard from Disclosure was their week-long music release spree back in August of 2018. 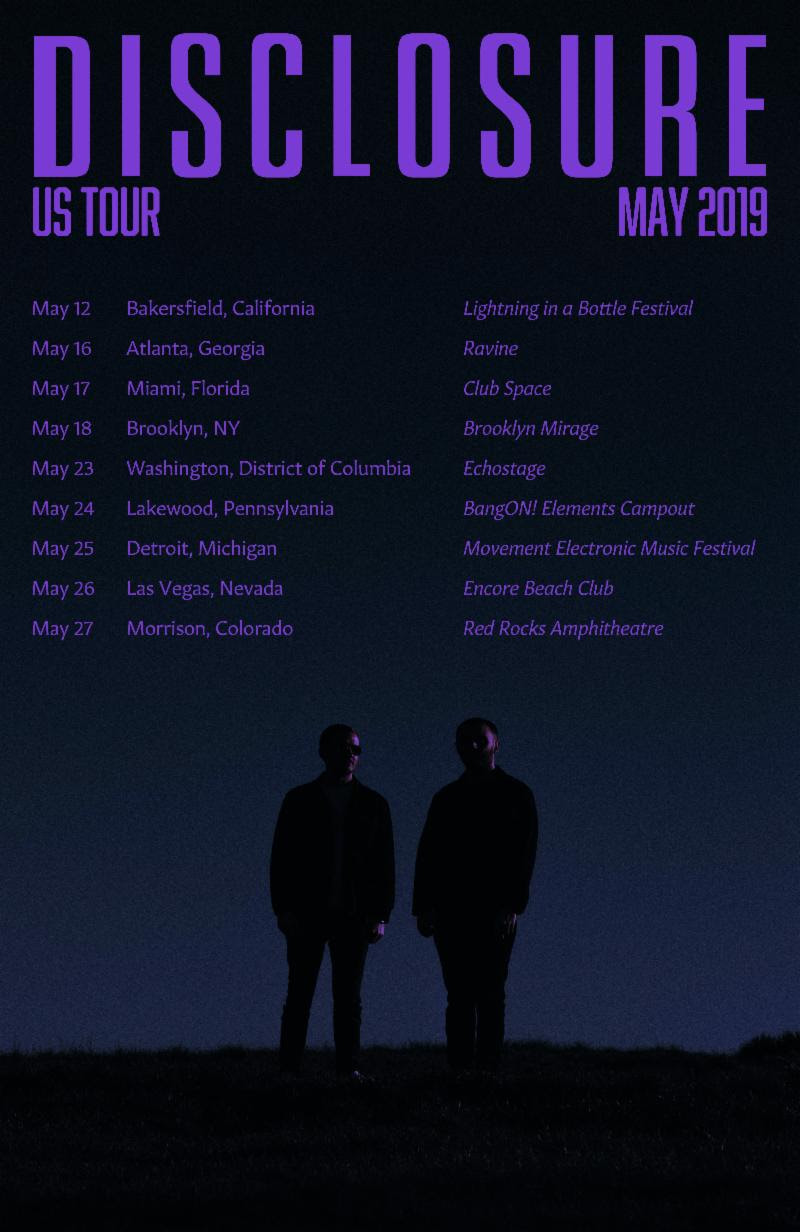