With Coachella Valley Music & Arts Festival only a few short days away, organizers have been gearing up for over a month to transform Indio Valley into a pristine, glamorous environment. The transformation is not without its woes, however, with a report that one of the stagehands fell to his death upon the construction of one of the stages.

All terrible news aside, organizers at Goldenvoice have now released the set times for all seven of Coachella’s stages across weekend one. Whether its closing out the Yuma stage with Hot Since 82, catching Bob Moses‘s sunset slot on the Outdoor Stage, or watching Ariana Grande, Childish Gambino, and Tame Impala headline the Coachella stage, there is truly something for everyone in Indio Valley.

Additionally, partners at the DoLaB also released weekend one times for their cutting-edge electronic-focused musical stage—which will boast the likes of Mr. Carmack, Bleep Bloop, Golden Features, and tons of surprise sets to close out each night. 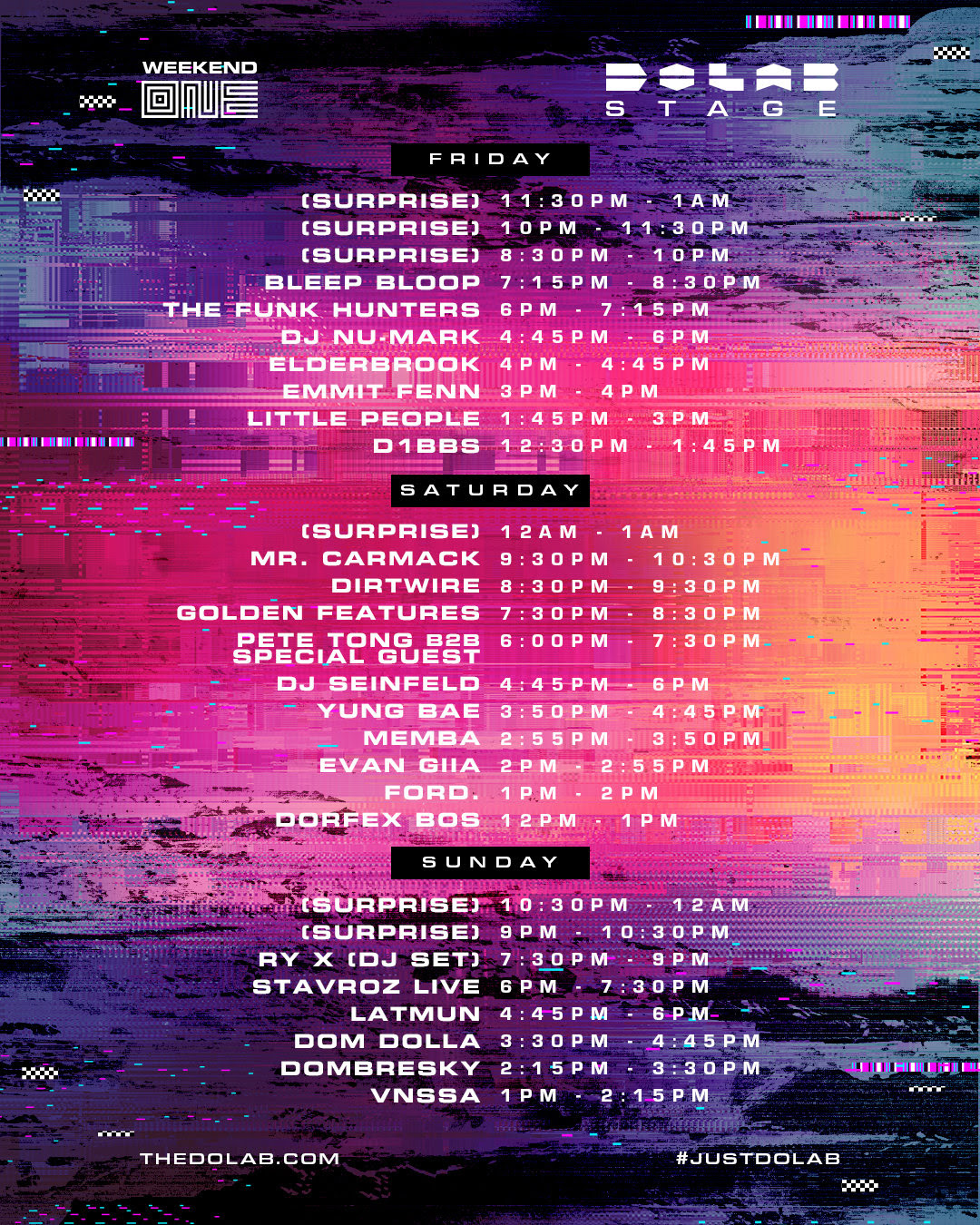