The Black Madonna is known for many things. Crooning underground house/techno as well as a steadfast ethical sense and staunch political voice. So one can imagine the Chicago techno maven’s surprise upon seeing her name marquee on the Amazon-branded inaugural event, Intersect Festival. For many, the billing already reeked of the ongoing corporatization of the music festival industry. For The Black Madonna, the event stands as a moral transgression against her values.

In a controversial tweet, The Back Madonna explained her reasoning for pulling out of the event: “The issue is not just ide[o]logical for me, it is a moral and ethical transgression against my work, my faith, and most importantly the people I stand with.”

Due to Amazon’s business ties to US Immigration and Customs Enforcement (ICE) and Homeland Security, The Black Madonna goes on to amplify the issue as a global ambassador for Help Refugees organization.

I am in total solidarity with the demonstrators, workers, other tech laborers, and immigrants all people of conscience in calling for an end to the corporate digital collaboration with ICE and the Department of Homeland Security.” = The Black Madonna

She also points out that along the long and drawn-out contractual negotiation process, the bookers of the festival weren’t completely open with her that the event was so heavily attached to the Amazon brand.

“The offer I accepted did not propose any kind of brand partnership. I am profoundly disappointed that anyone, at any level, in the long chain of people between the offer I saw and the eventual promotion of this event presumed I would.” 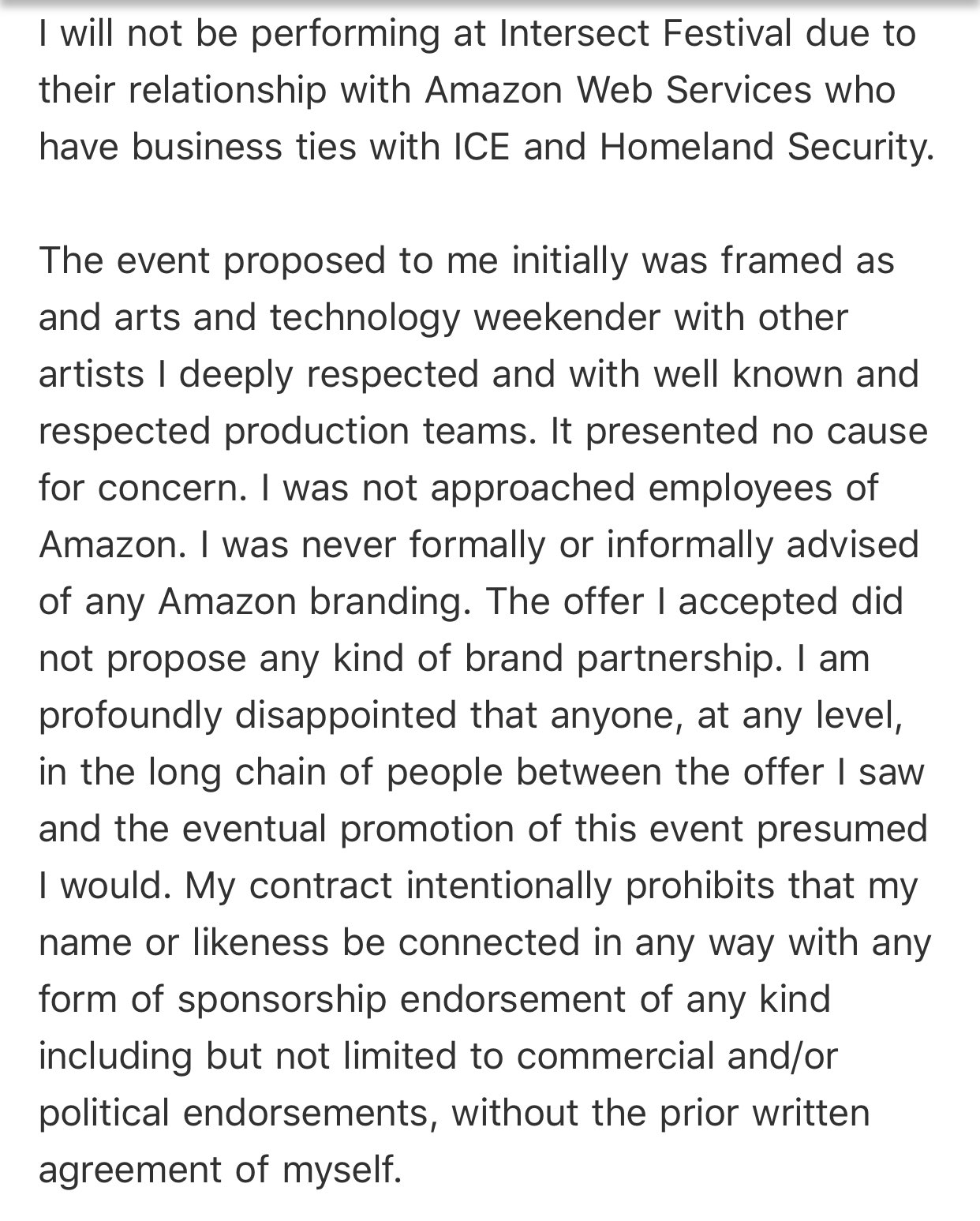 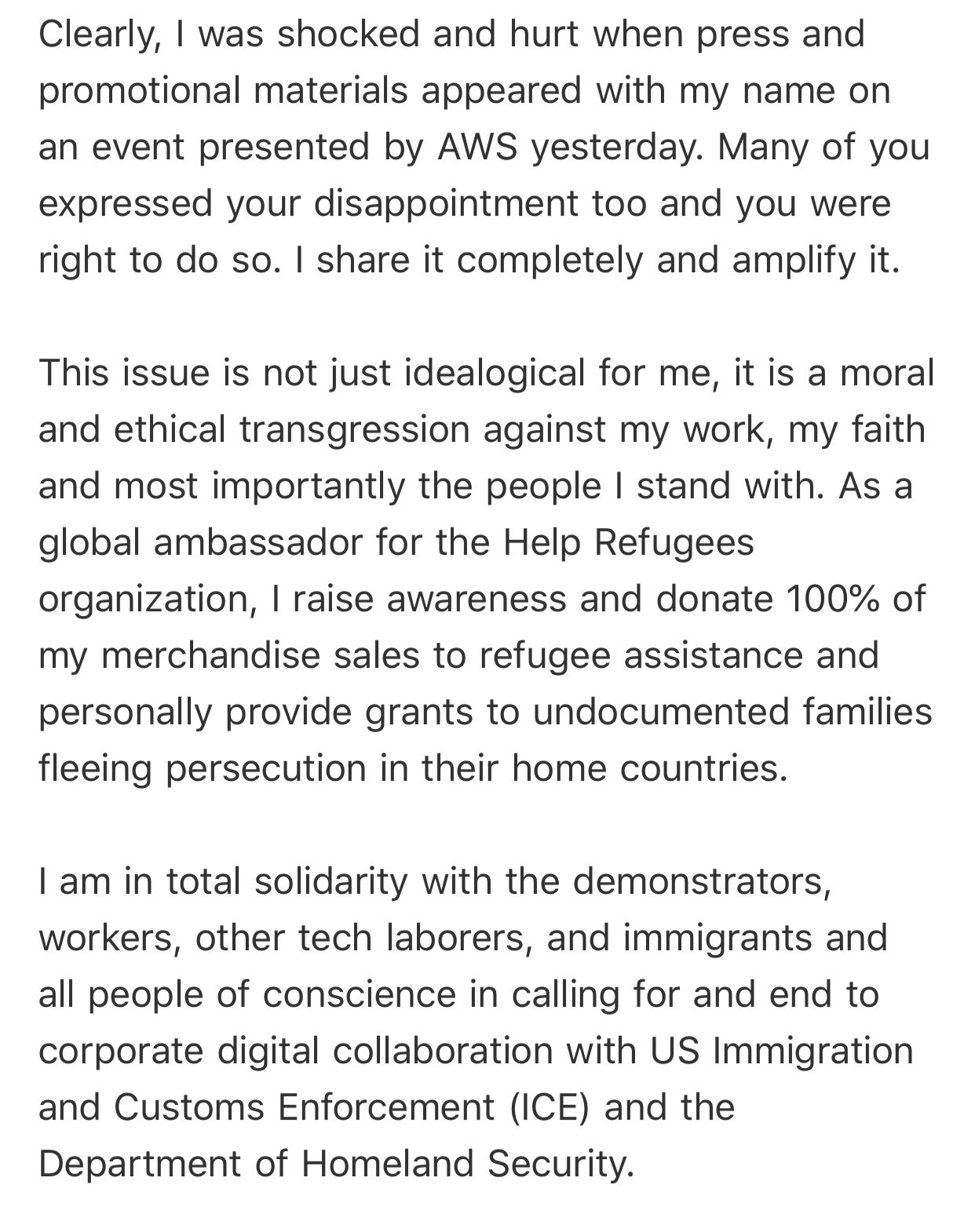 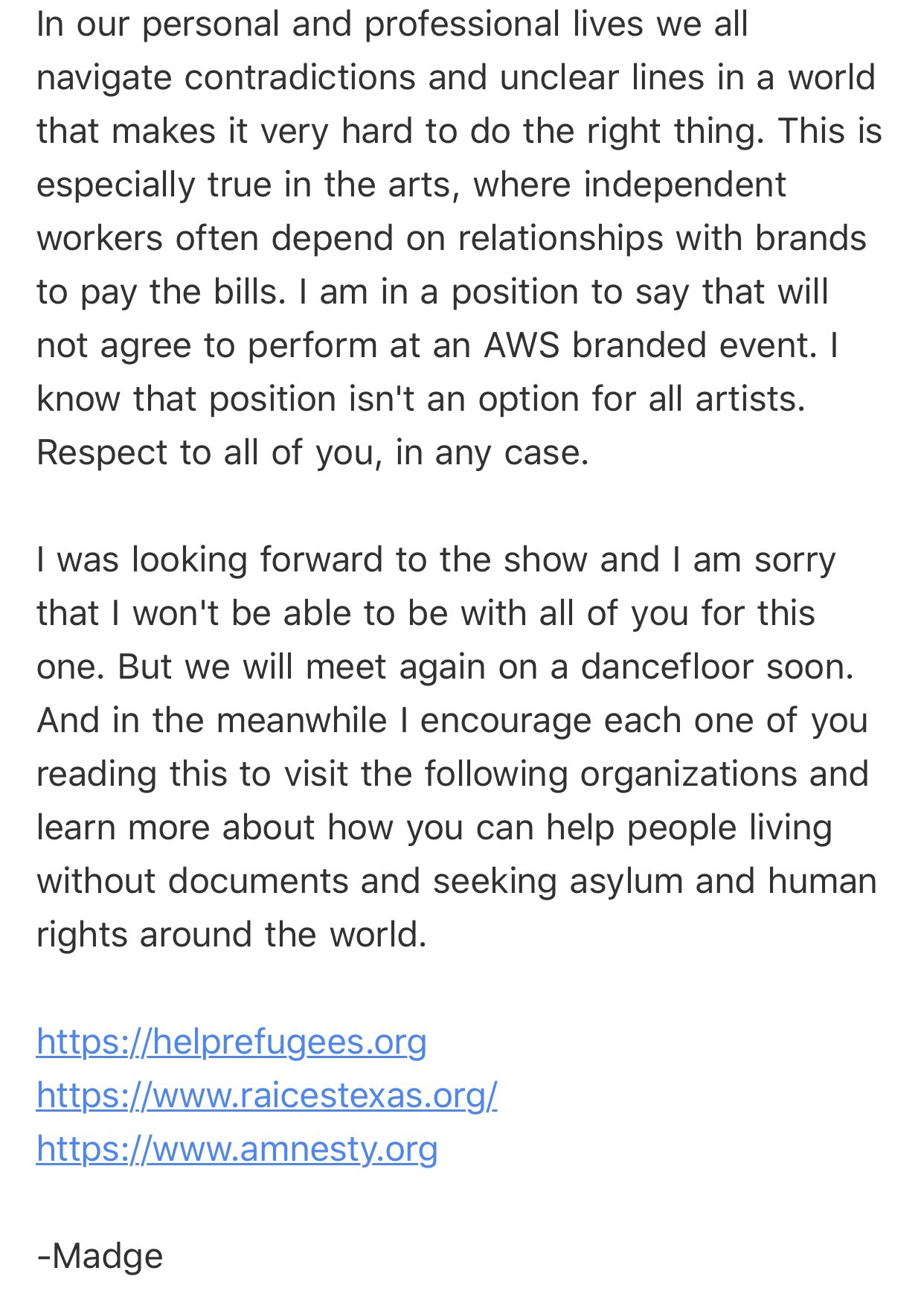