It’s been some time since Bassnectar has hosted a proper hometown throw down in his Bay Area stomping grounds. The fact of the matter is that Lorin Ashton’s devoted cult family of loving bass heads have been asking for a West Coast special event for years.

Now the “King of Sound,” as he is so endearingly nicknamed, has announced a one-day “Be Interactive” special event, held September 28 at the Billy Graham Civic Auditorium, with 100% of proceeds going to charity. While Bassnectar has long been a supporter of great causes — with $1 of every Bassnectar ticket ever sold going to charity — this particular event aims to raise $100,000 in support of consciousness-raising causes.

The event features support from many well-known Bassnectar collaborators in The Glitch Mob, dead prez, Ninth Child, Zion I, Ashel SeaSunz, and Xiutezcatl. One can bet that the surprise guest appearnces are going to be one-of-a-kind.

Tickets are on sale now. 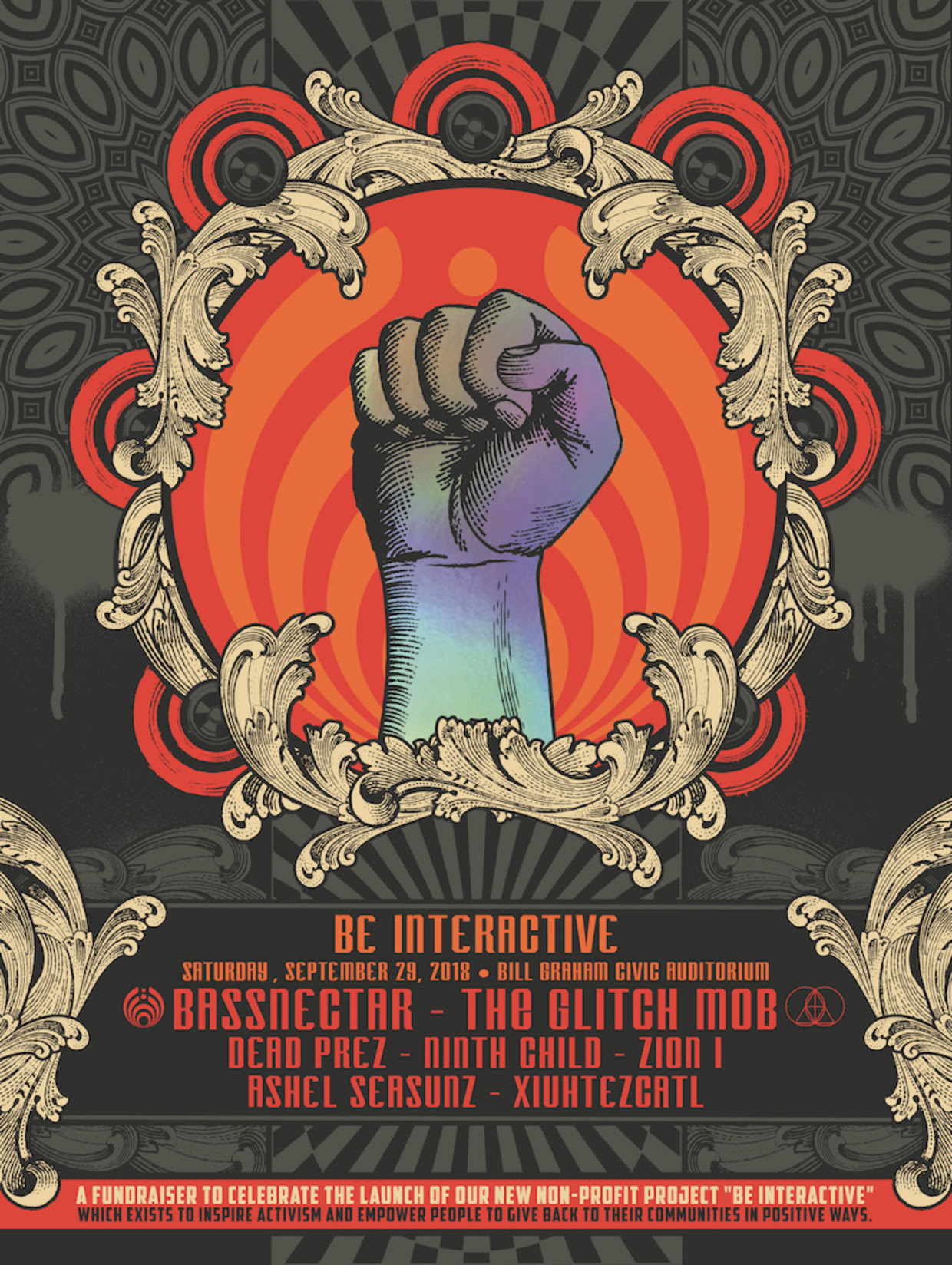