2020 marks a decade of Envision Festival, a landmark anniversary for any event. The transcendent four-day event in Costa Rica is extending next year’s celebration to a full week to observe the milestone year. Organizers have already released the first four headliners in RÜFÜS DU SOL, Tipper, CloZee, and Nahko and Medicine for the People.

They are now joined more than 50 electronic artists, including Emancipator, Stylust, Govinda, An-Ten-Nae, Kursa, Of The Trees, and The Funkhunters — just to name a few. To mark the occasion, Random Rab will deliver his tenth sunset set in annual Envision tradition. As an additional tenth-anniversary offering, Envision invites producers from neighboring countries Argentina, Mexico, Venezuela, Nicaragua, and Chile to play in Envision’s Latin American Showcase.

Envision is known for curating eclectic and diverse line-ups centered around funk, spacey house, and intelligent bass music. More than the musical line-up, though, its beaches and jungles become home to an annual event centered around environmental and cultural consciousness-raising, wellness, and holistic living. Both general admission and VIP passes are available for international festival-goers, who can also choose between four- and seven-day stints in the Costa Rican jungle. 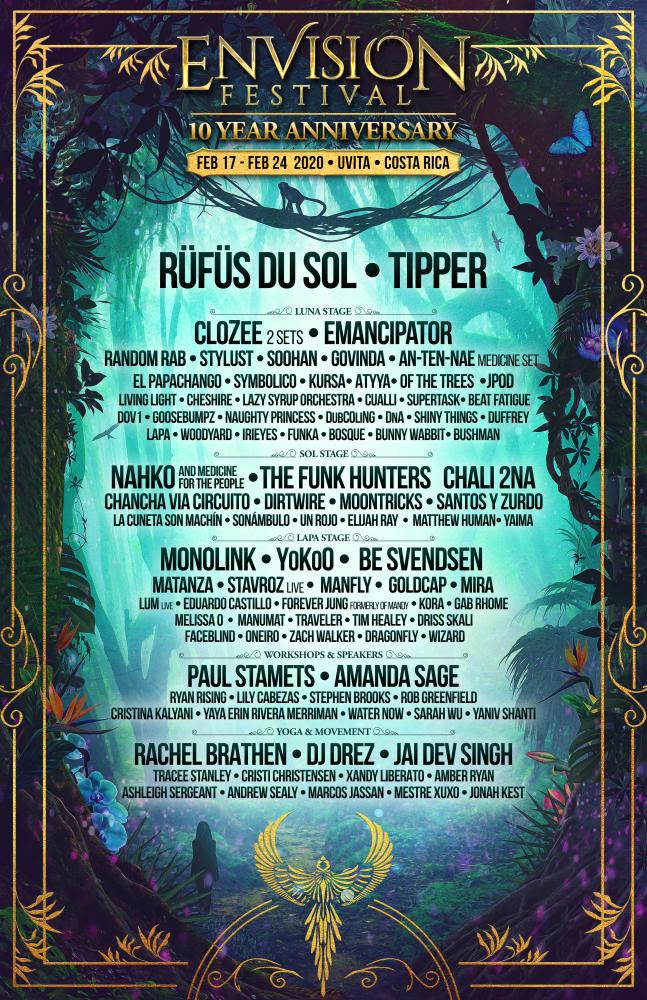