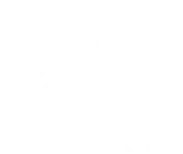 It seems Snails is on a mission to upstage himself from his very own last tour, The Shell. The event was all-out assaultive celebration of heavy bass, with 150k watts of PK Sound, a highly-impressive laser display, and a massive inflatable dubbed “the Snail,” which can only be seen on tour. In other words, the VomitSquad was swimming up to their ears in aggressive, head banging bass.

Now the Canadian dubstep producer has announced an even bigger, more improved live experience on his upcoming World of Slime tour. Snails promises a “new Slugz addition” of “super slimy lasers” and loads of new music on tour. The supporting cast isn’t shabby either, with special guests Rusko and Kompany going along for the ride in select cities, and Al Ross, Hi, I’m Ghost, and Jayceeoh joining as opening support. Finally, the World of Slime tour will boast an all-new The Shell 2.0 holographic stage with brand new visuals.

Pre-sale tickets are currently on sale with the code SNAILS. Phase one of the tour kicks off mid-November in San Jose, with stops in Dallas, Chicago, New York City, Los Angeles, and more TBA dates to come.

As the world continues reeling from the sudden death of i_o, it's important to remember that

Rusko showcased the diversity of his production style over Instagram as he touches on heavy dubstep,