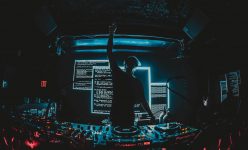 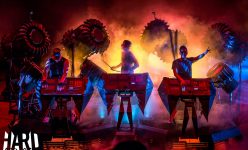 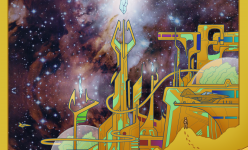 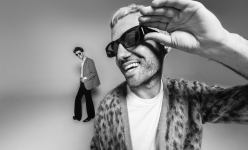 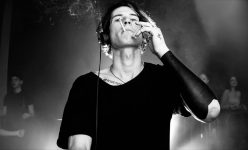 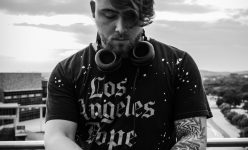 Following on the heels of his “Somewhere” with Shallou, featuring Woven In Hiatus, Slow Magic teams up with Manila Killa for “Closer 2 U.” Arriving as the title track to Slow Magic’s forthcoming EP, Closer 2 U, the track is available right now on the Manila Killa’s imprint, Moving Castle.

Haunting to its core, Slow Magic and Manila Killa deliver a spectral symphony in their newest. Ripe with burgeoning synth work and otherworldly vocals echoing the track name and EP namesake, “Closer 2 U” is a striking departure from Slow Magic’s traditionally glistening sound. A powerful play to both Slow Magic and Manila Killa’s strengths, “Closer 2 U” is the euphoric middle ground of both producers finest.

Slow Magic has been following and admiring Manila Killa’s music for a long time, he says in a press statement:

“Last year, we met up in LA and clicked collaboratively,” Slow Magic continues. “I think it is always great to be in the same room and bounce ideas off of each other when collaborating but ‘Closer 2 U’ ended up being the opposite of that. We just sent versions back and forth on email and made it happen. More than ever, it’s important to remember the power of connecting that we have at our fingertips online.”

As a follow up to a 2019 remix Slow Magic put out of Manila Killa‘s “Wake Up Call” featuring Mansionair, the two producers shine brightly together on their new collaboration. The track represents “the difficulties of distance and the importance of connection,” says Slow Magic. “I want this EP to encourage and inspire people to reach out to the ones they care about in a time where we are all feeling distant.”

Friday in the music industry is the biggest day of the week. Check out our Friday

As their third iteration, Brownies & Lemonade and Proximity are partnering up on yet another Digital