Shortly after making his Shambhala debut in late August, Dirt Monkey wasted no time in keeping the hype alive for his growing fanbase. In the weeks after, the Denver-based dubstep artist dropped his Rise of the Octopeel LP on SubCarbon Records in the middle of his jam-packed tour by the same name.

But even an incredibly busy life on the road didn’t stop Dirt Monkey from hosting the first episode of  “Shambhala 2018: Official Mix Series 01.” The mixtape is filled to the brim with wonky wubs, tons of new Dirt Monkey material, and even a few IDs. Dirt Monkey surveys everyone from Tipper to his popular remix of Buku‘s “Front to Back,” and his collaborations with Jantsen, Ganja White Night, Holly , LUZCID, and more.

Now he’s nearing the end of his massive 45-date album-accompanying tour alongside opening acts SubDocta and DMVU. Next up is his trifecta city run across Texas, with stops in the state’s most populated metropolitan areas — Houston, Austin, and Dallas.

To celebrate, Conscious Electronic has teamed up with local promoters HAM Productions on an official giveaway for two tickets to his Dallas leg of the tour. Contest runs through this Friday, November 16. To enter, visit the following link: 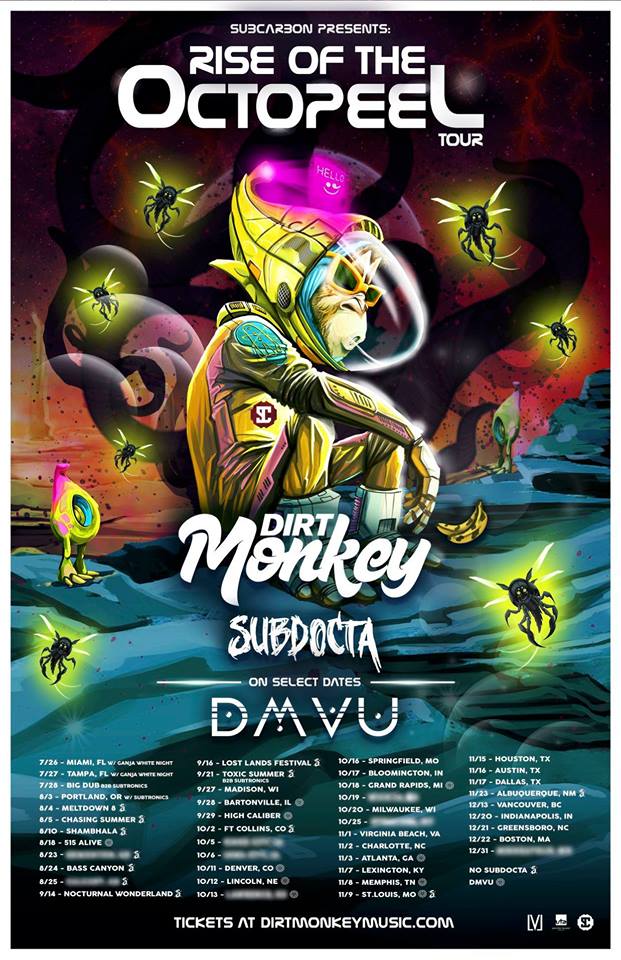