After one of the biggest leak blunders or perhaps the most ingenious planned leak, CloZee and OPIUO‘s show at the legendary Red Rocks Amphitheater has been officially released the public. The co-headlining event, which will take place May 28 in Morrison, Colorado, will bring Wakaan favorite LSDREAM, rising bass act Of The Trees, and newcomer K+LAB as opening support.

Fans can expect both artists to play plenty of new and unreleased material. OPIUO just released his Syzygy 02 EP, while CloZee has a new album slated for release sometime in 2020. OPIUO has previously headlined Red Rocks in 2018, where he premiered his Syzygy Orchestra live. This will be CloZee’s first headlining appearance at the celebrated outdoor venue, although she has opened there before. However, it won’t be the first time the Kiwi and the French goddess of glitch have shared the limelight. The two are hosting a co-headlining event in Sydney on February 8 as well. 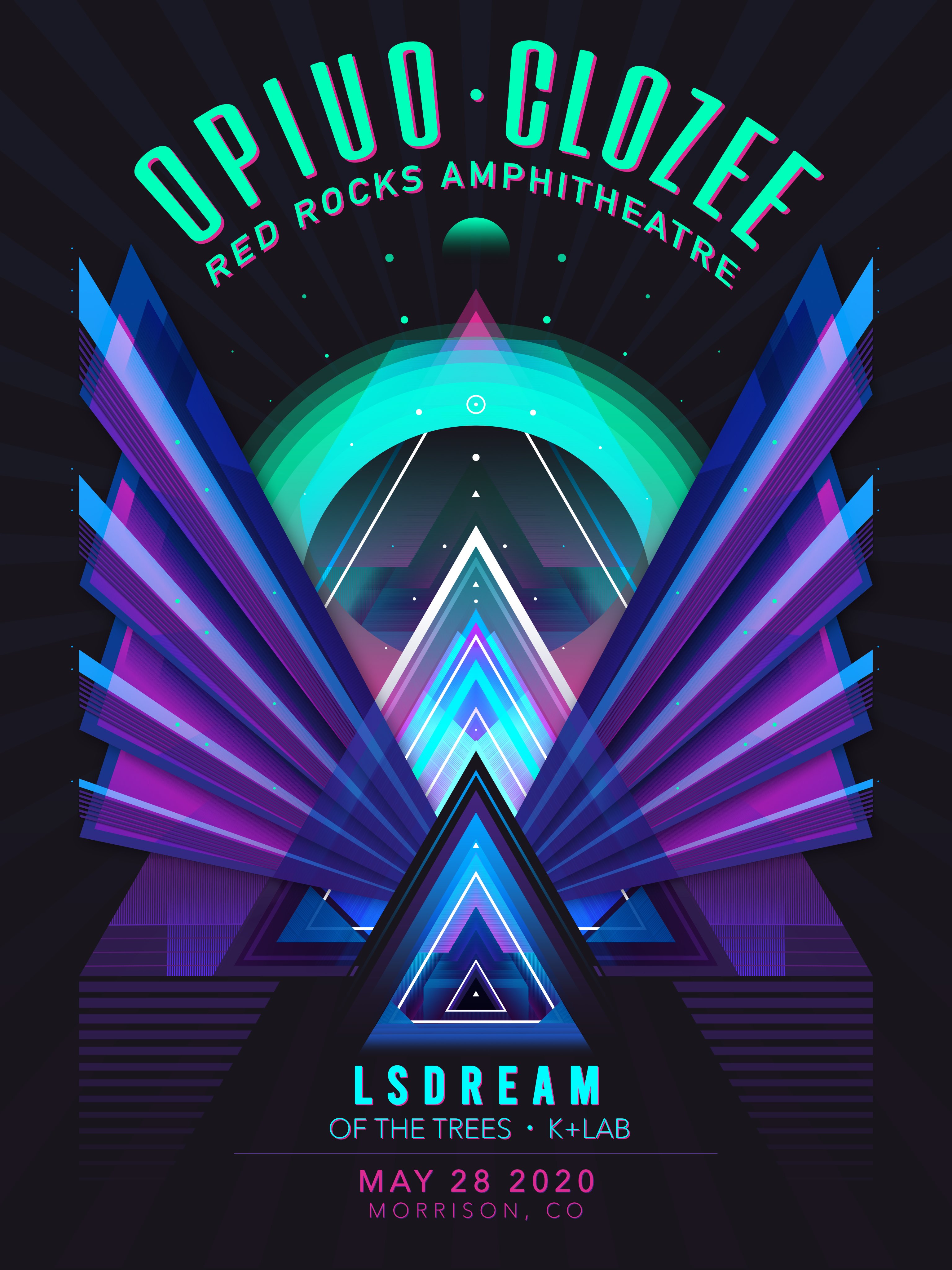